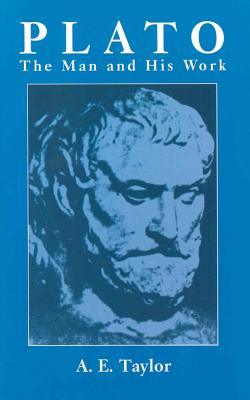 Plato: The Man and His Work (Dover Books on Western Philosophy)

One of the greatest thinkers of the ancient world, Plato instigated groundbreaking inquiries into morality, ethics, and the quest for happiness that continue to inform and influence philosophical discussion today. In this outstanding work of scholarship, a renowned expert on Plato presents a scrupulously accurate historical view of the great philosopher's life and works. Distinguished by its dispassionate scholarly analysis, Professor Taylor's discourse is refreshingly free of the biases that have frequently tainted other studies.
A brief introductory chapter acquaints readers with the known events of Plato's life. The author then proceeds to an illuminating examination of the philosopher's voluminous writings, including the minor Socratic dialogues, as well as such major works as Phaedo, Symposium, Protagoras, Republic, Phaedrus, Timaeus, Laws, and other influential dialogues. The final chapter, "Plato in the Academy," attempts to pin down -- with the help of some of Plato's former students, such as Aristotle -- the philosopher's beliefs about numbers. In a substantial appendix, "The Platonic Apocrypha," Professor Taylor examines writings that have sometimes been attributed to Plato, including several letters, and offers cogent reasons for accepting or rejecting them as Plato's work.
Praised by Dean William R. Inge of Theology as "a great book, an honour to ... British scholarship," this volume is an invaluable guide for students, teachers, and other readers interested in philosophy.

Title:: Plato: The Man and His Work (Dover Books on Western Philosophy)

Plato: The Man and His Work (Dover Books on Western Philosophy)