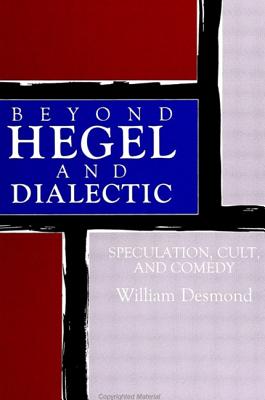 Beyond Hegel and Dialectic: Speculation, Cult, and Comedy (SUNY Series in Hegelian Studies)

This book is a defense of speculative philosophy in the wake of Hegel. In a number of wide-ranging, meditative essays, Desmond deals with the criticism of speculative thought in post-Hegelian thinking. He covers the interpretation of Hegelian speculation in terms of the metataxological notion of being and the concept of philosophy that Desmond has developed in two previous works, Philosophy and Its Others, and Desire, Dialectic and Otherness. Though Hegel is Desmond's primary interlocuter, there are references to Aristophanes, Socrates, Plato, Augustine, Aquinas, Descartes, Kant, Marx, Kierkegaard, Nietzsche, Heidegger, Levinas, and Derrida. Desmond is concerned with the limits of philosophy. The themes of the essays include speculation and historicism, speculation and cult, speculation and representation, evil and dialectic, logos and the comedy of failure.

Beyond Hegel and Dialectic: Speculation, Cult, and Comedy (SUNY Series in Hegelian Studies)