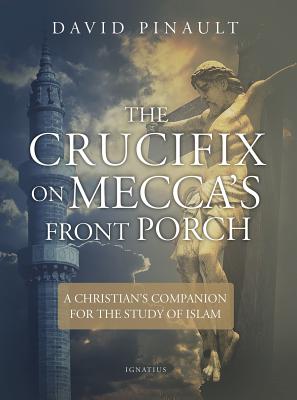 The Crucifix on Mecca's Front Porch: A Christian's Companion for the Study of Islam

This book on Islam has an unusual perspective. It argues that a critically minded examination of Islam can help Christians achieve a deeper appreciation of the unique truths of their own faith. It draws on the author's personal experiences living in Islamic countries and his fieldwork with persecuted Christian-minority communities, especially in Pakistan, Yemen, Egypt, and Indonesia. It includes the author's own original translations of Islamic texts in Arabic, Persian, and Urdu, as well as primary-source materials in Latin that were written by Christian participants in the Crusades.

The author focuses on Muslim interactions with the Christian tradition. He examines and takes issue with the misguided approach of Christians like Hans K ng and Muslims like Mustafa Akyol, who in the interests of Christian-Muslim rapprochement, minimize theological differences between the two faiths, especially in the area of Christology. Such attempts at rapprochement, he writes, do a profound disservice to both religions.

Illustrating the Muslim view of Christ with Islamic polemical texts from the eleventh to the twenty-first centuries, the author draws on Hans Urs von Balthasar, and other theologians of kenotic Christology, to show how Islamic condemnations of divine "weakness" and "neediness" can deepen our appreciation of what is most uniquely Christian in our vision of Jesus, as God-made-man, who voluntarily experiences weakness, suffering, and death in solidarity with all human beings.

A book that's both timely and urgently needed, The Crucifix on Mecca's Front Porch invites readers to reflect on the stark differences between Christianity and Islam and come to a fresh appreciation of the Christian faith.

Title:: The Crucifix on Mecca's Front Porch: A Christian's Companion for the Study of Islam

The Crucifix on Mecca's Front Porch: A Christian's Companion for the Study of Islam